It was the day before my husband’s birthday when we found out we were expecting twins. We were so excited. Because we had a twin pregnancy, our next appointment was with the obstetrician at the high risk unit was one month later. I’ll never forget that day.

I did not know what to expect from the ultrasound, so we did not pick up on the ‘problem’. The babies were fine, which was my only concern at the time. I left the ultrasound thinking everything was OK. We were put in a room to wait for the doctor. The nurse asked us a bunch of questions. I remember her saying “Oh my, you should be sitting” and then guiding me to the bed. It was only when the doctor came in that I realized something was wrong. We went from the highest high, to the lowest low in seconds.

My cervix was effaced and one of the membranes had dropped. I was only 20 weeks along. What exactly he said is a blur. I asked him about the babies chances and he said less than 10%. My husband and I were in shock. He immediately admitted me into the hospital, bed rest with my feet higher than my head. We were hopeful that the membrane would go back into my uterus so they could put a stitch in my cervix. The babies were doing well.

The ultrasound two days later showed no change so I went back to my room. Not long later, I went to the washroom and thought I saw my mucus plug so I called the nurse. She reassured me that it was not what I saw. When I laid back down, I could not get comfortable. I switched sides 3 or 4 times then felt a big gush of fluid. I remember the doctor checking to see if it was in fact my water that broke and saying ‘it’s no use.’ I was so angry at her choice of words.

Shortly after that mild contractions started and I was brought to labour & delivery. The next morning, July 21, 2001, I delivered Amelia Margaret. I remember being excited, sad and scared all at the same time. Amelia lived an hour and forty minutes. We spent every minute of her life loving her, holding her. I remember her grabbing a hold of my finger. She had such a strong grip. I felt so helpless. She was a perfect baby, just tiny. The nurses took pictures, did her foot prints and dressed her in a little baby gown.

We were so sad yet hopeful that the second baby would be OK since she was in a separate sack. The doctor said we should induce the second delivery. We did not want to and debated it all day. Amelia’s placenta still had not come out and an infection was starting as a result. They said I should be induced or I would be at risk It was out of our hands. We went ahead with the induction.

The next morning, July 22, 2001, Jaydyn Eileen was born. She lived just over an hour. We spent every minute of her life loving her, holding her. I remember her gasping when the cold stethoscope was put on her chest. I wanted so much to be able to breath for her. Pictures and foot prints were taken and she too was dressed in a baby gown.

We had a naming ceremony in the hospital and a funeral three days later. I’m very grateful to the nurses at the hospital. One in particular guided us so well throughout this period. They encouraged us to spend time with the girls, of which they took many pictures. My daughters lived a very short time, but they are real and our time with them means so much to me.

Eighteen months, one stitch in my cervix and way too many blood thinner injections later, Amelia and Jaydyn’s baby brother Kent was born February 7, 2003.

You were with us such a short time. You are forever in our hearts. We miss you! 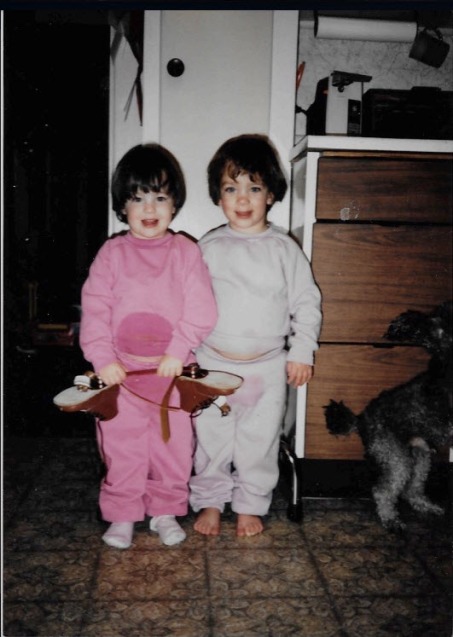